While working on performance enhancements at Starburst, engineering focuses on reducing the amount of time that a CPU has to work on a given query. This is referred to as CPU time. CPU time is a stable metric that reflects real performance in the case of concurrent queries.

As the CPU time for an individual query drops so can Trino’s ability to utilize the CPUs fully; this can be due to scheduling as an example. The result is that a reduction in CPU time does not always translate to a reduction in latency or wall time. After a year of major performance enhancements we decided to focus our efforts on increasing CPU utilization and reducing query wall time.

The most significant change is that Trino’s query.execution-policy now defaults to phased rather than all-at-once. The all-at-once approach scheduled all query stages in a single shot with the goal of simplicity and reduced latency. The phased execution policy was later added as a configuration option which would schedule only the stages of a query which can can make progress.

Other significant changes include adaptively setting task.concurrency to the number of physical cores on a node and increasing the default value of hive.split-loader-concurrency. We have observed that hyper-threaded cores do not translate to improved query performance. Increasing the split loader concurrency helps the engine process partitions and small files more quickly.

The benchmark results were obtained by running the TPC-H and TPC-DS benchmarks with one coordinator and six worker nodes. The data was queried by the Hive connector with partitioned and unpartitioned data at 1TB scale. 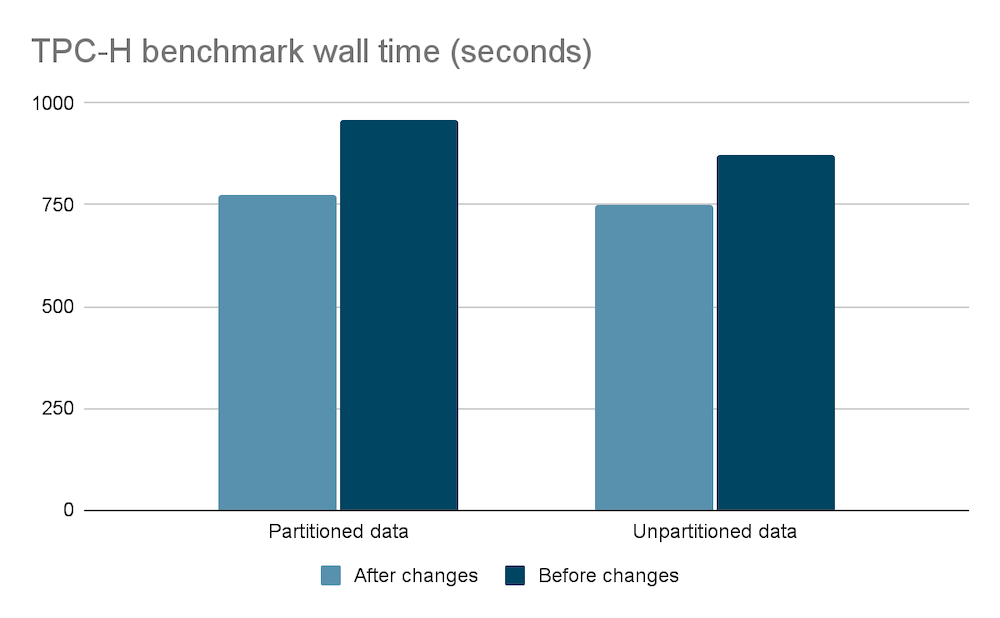 While TPC-H and TPC-DS are both decision support benchmarks TPC-H is said to be more representative of ad hoc queries which tend to be simpler. 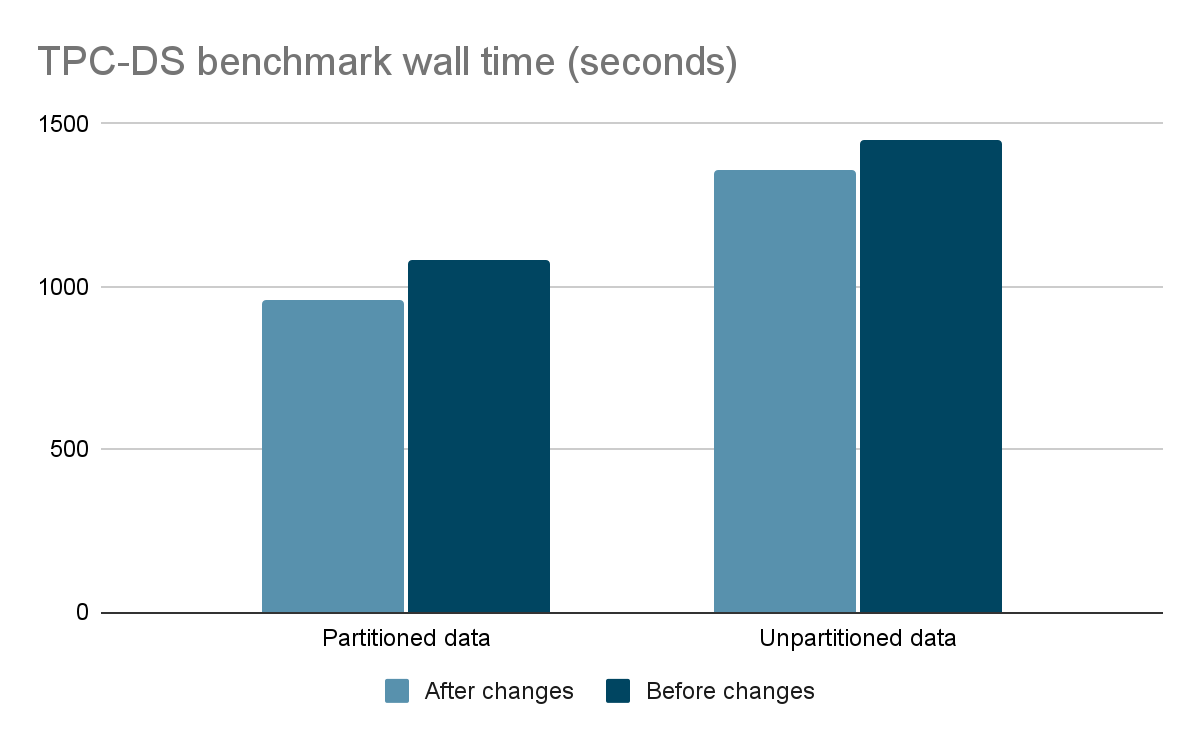 The best part about these changes mentioned above is that they do not require any changes. They will be available out of the box in the upcoming LTS release. Just remember that the software makes use of existing configurations so you might need to unset query.execution-policy and task.concurrency.

Enjoy the even faster query processing.