You can configure SEP to be more resilient against query failure by enabling fault-tolerant execution. This allows SEP to handle larger queries such as batch operations without worker node interruptions causing the query to fail.

When configured, the SEP cluster buffers data used by workers during query processing. If a worker node fails for any reason, such as a network outage or running out of available resources, the coordinator issues the data to an available worker that can pick up query processing, allowing the query to continue.

The coordinator node uses a configured exchange manager service that buffers data for query processing in an external location such as an S3 bucket. Worker nodes send data to the buffer as they execute their query tasks. 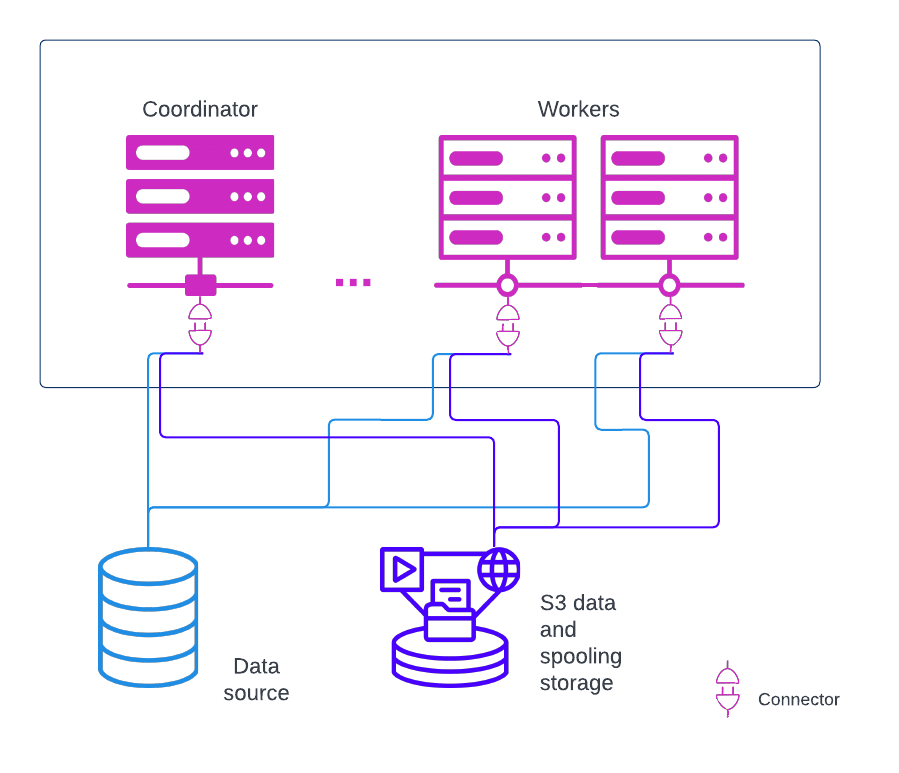 A fault-tolerant cluster is best suited for large batch queries. Fault-tolerant execution of a high volume of short-running may experience increased latency. As such, it is recommended to run a dedicated fault-tolerant SEP cluster for handling batch operations, separate from a cluster that is designated for a higher query volume.

The following steps describe how to configure a SEP cluster for fault-tolerant execution with an S3 bucket-based exchange:

For more information about fault-tolerant execution, including simple query retries that do not require an exchange manager and advanced configuration operations, see the reference documentation.